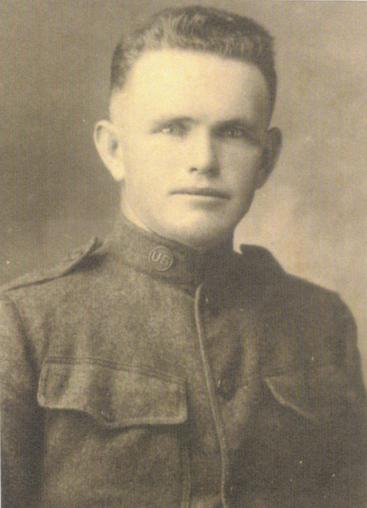 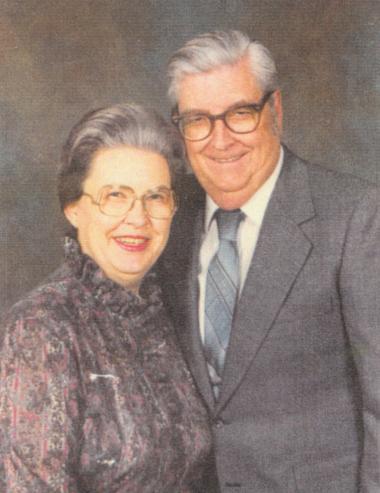 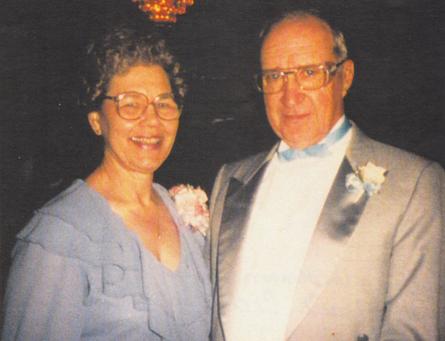 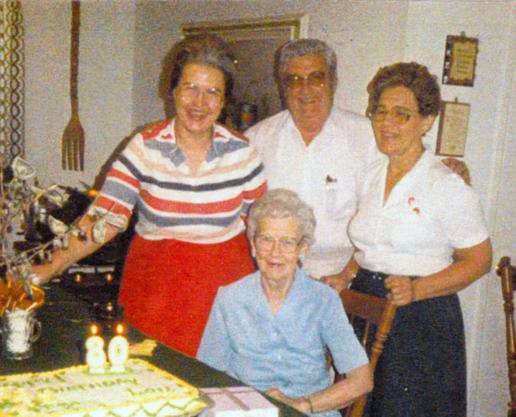 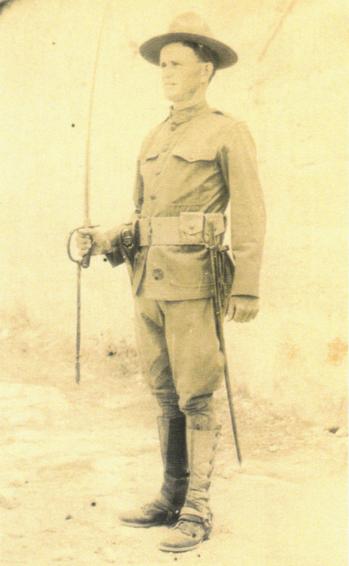 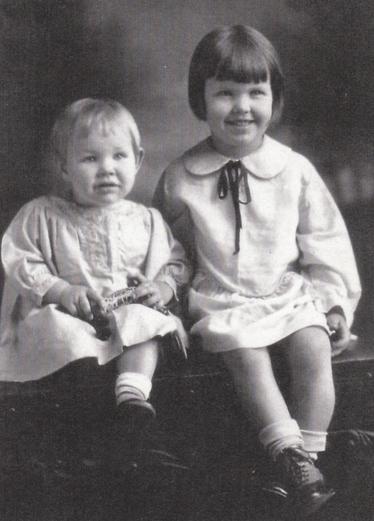 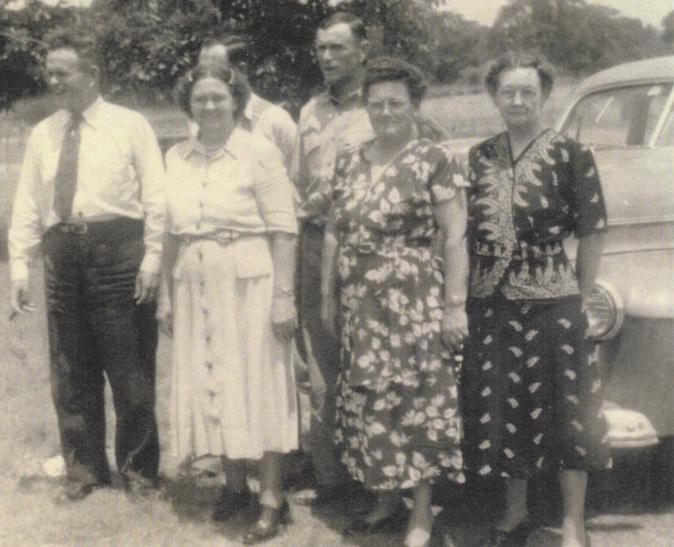 6. Louise with daughters Eugenia and Pauline and son-in-law Vernon Stuckey on her 80th birthday.