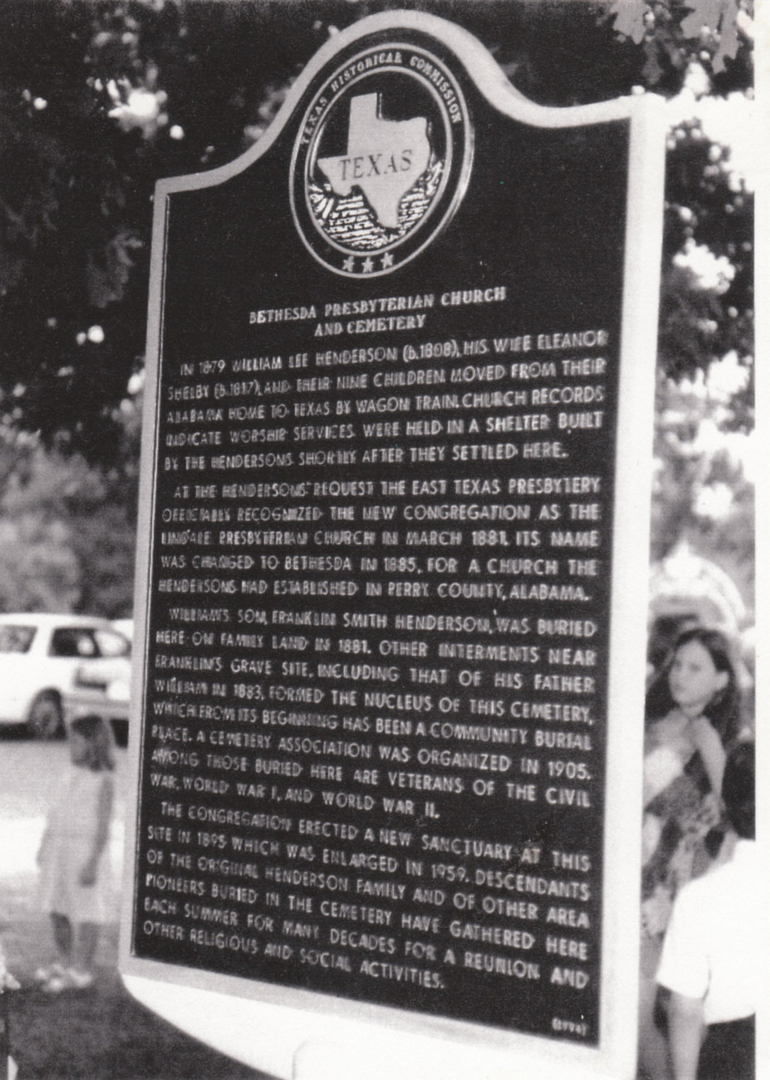 4. Above: Oldest descendants of the Bethesda Church founders are joined by the newest generation.

The Bethesda Church and Bethesda Cemetery Association marker from the Texas Historical Commission was dedicated on Sunday, June 12, 1994, at the 113th annual reunion. The plaque reads: 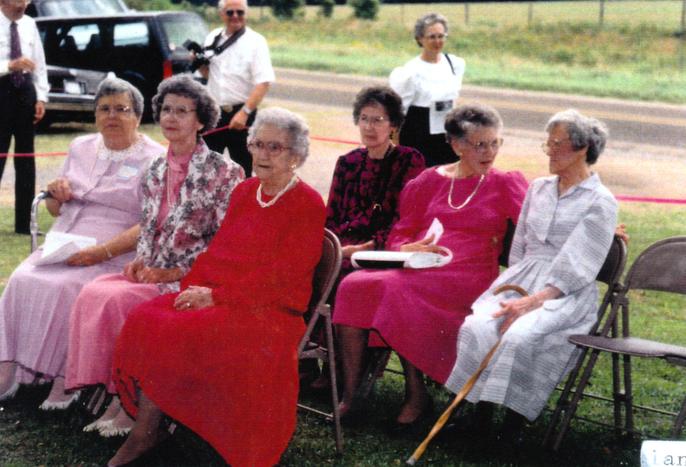 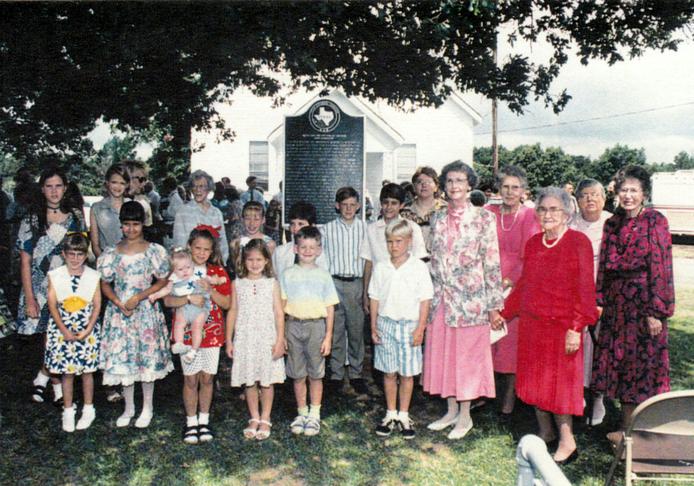 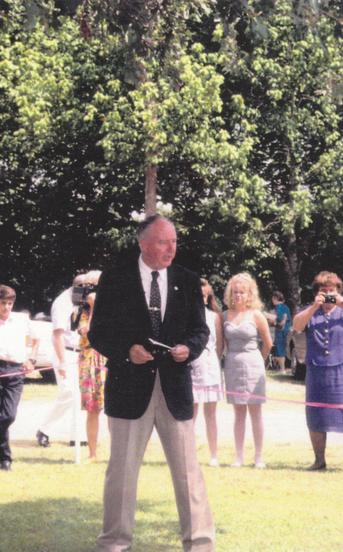 2. Below: Official presentation of the historical marker by Jerry Shamburger, president of the Smith County Historical Association, on June 12, 1994.

BETHESDA PRESBYTERIAN CHURCH AND CEMETERY
In 1879 William Lee Henderson (b. 1808), his wife Eleanor Shelby (b. 1817), and their nine children moved from their Alabama home to Texas by wagon train. Church records indicate worship services were held in a shelter built by the Hendersons shortly after they settled here.

At the Hendersons’ request the East Texas Presbytery officially recognized the new congregation as the Lindale Presbyterian Church in March 1881. Its name was changed to Bethesda in 1885, for a church the Hendersons had established in Perry County, Alabama.

William’s son, Franklin Smith Henderson, was buried here on family land in 1881. Other interments near Franklin’s grave site, including that of his father William in 1883, formed the nucleus of this cemetery, which from the beginning has been a community burial place. A cemetery association was organized in 1905. Among those buried here are veterans of the Civil War, World War I, and World War II.

The congregation erected a new sanctuary at this site in 1895 which was enlarged in 1959. Descendants of the original Henderson family and of other area pioneers buried in the cemetery have gathered here each summer for many decades for a reunion and other religious and social activities. (1994)

Jerry Shamburger, president of the Smith County Historical Association, made the official presentation of the Texas State Historical Marker during Memorial Day Ceremonies on June 12, 1994.

The marker was unveiled by the oldest living descendant of the original founders of Bethesda church and cemetery.