This is as close as Streetview will take you: the sign to the switchback road. But the Adventures in Genealogy site has photos of the cemetery and gravestones. 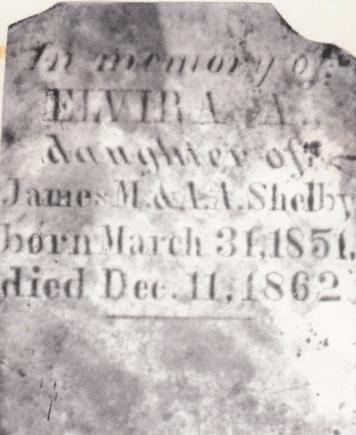 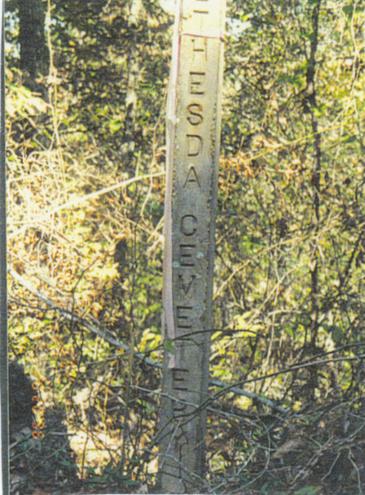 The Bethesda / Wallace Cemetery in Heiberger, Alabama, was abandoned and neglected when we visited in 1989.

To reach Bethesda Cemetery, take Highway 5 north out of Marion. Turn left at State 47 traveling west. When it merges into County 17, continue northwest for one mile. Turn left, west, [onto Alvin Carter Rd.], immediately cross a bridge and continue west for 1.1 miles. Turn right into the woods onto a switchback dirt road going up the hillside into the woods for 2/10 of a mile. Bethesda/ Wallace Cemetery, remote and mostly unkempt, is at the top of the hill on the left.

KERIN’S NOTES: The Hendersons who died in Perry County are probably buried there, as their gravestones have not been found elsewhere, but they may have opted to not purchase long-lasting gravestones. One odd-shaped stone at Bethesda Cemetery simply has “H” etched roughly into it, with what appears to be a “T” and “H” below it. Other odd, dark, moss-covered rocks are found in the cemetery with no visible etchings, but they likely mark graves, perhaps those of our ancestors.

The website Adventures in Genealogy at aigcemeteries.weebly.com/bethesda-cemetery.html has beautiful, sharp photos of Bethesda gravestones, including the crumbled rocks that probably mark graves, taken in 2013. Thank you to Michele L. Jackson, “with the help of A.C. and K.B.” for her work. She is a genealogist with an interest in old, hard-to-find cemeteries and their preservation in Alabama.

Jackson notes on her site, “Bethesda has come under disrepair due to natural erosion and decay. One family voluntarily takes care of major debris once or twice a year. This cemetery needs restoration and is not currently on any restoration lists or historical cemetery lists.”

Vivian mentioned that the switchback dirt road to the cemetery was difficult to find in 1989. I’m happy to report that there is now a small sign marking the entrance to the road. It reads “Bethesda Cemetery→” and is visible from Alvin Carter Rd., according to May 2014 images on Google Street View. It is at the point where the pavement ends and the dirt road begins on Alvin Carter Rd.

Bethesda Church and Cemetery in Alabama

The Hendersons worshipped near today's Heiberger at Bethesda Presbyterian Church, which would become the name of the church they would establish in the Sabine Community near Lindale.

Bethesda Church near Heiberger burned many years ago. Bethesda Cemetery, also known as the Wallace Cemetery because so many Wallaces are buried there, is located on a remote, overgrown hill near the village.

Though the Hendersons established Bethesda Cemetery in Perry County, none of the family—so far as we could determine—have gravestones there. We do know that Mary Amanda Henderson’s middle child, William K. McGahey, one of three children by her first marriage to John F. McGahey, died as a child in Perry County. If he is buried in that cemetery, there are no markers that we could find. We also know that John Elam Henderson (William Lee’s brother), and his daughter Margaret died in Perry County.

We did find in the cemetery a marker with the name Elvira, "daughter of James M. and A. A. Shelby." It was lying on the ground. The little girl was born March 31, 1851, and died at age 11 shortly before Christmas on December 11, 1862. We learned later that this child was the daughter of James Madison and Ann Amanda Henderson Shelby. James was the brother of Eleanor Shelby Henderson and Ann Amanda was the sister of William Lee Henderson, so the relationship is quite close. The Shelbys preceded the Hendersons to East Texas, in 1869. They are founders of the Tyler First Presbyterian Church and are buried in Morrison Cemetery in LaRue, Texas.

Right: The only existing evidence of the Hendersons at Bethesda Cemetery in Alabama: Elvira A. Shelby.