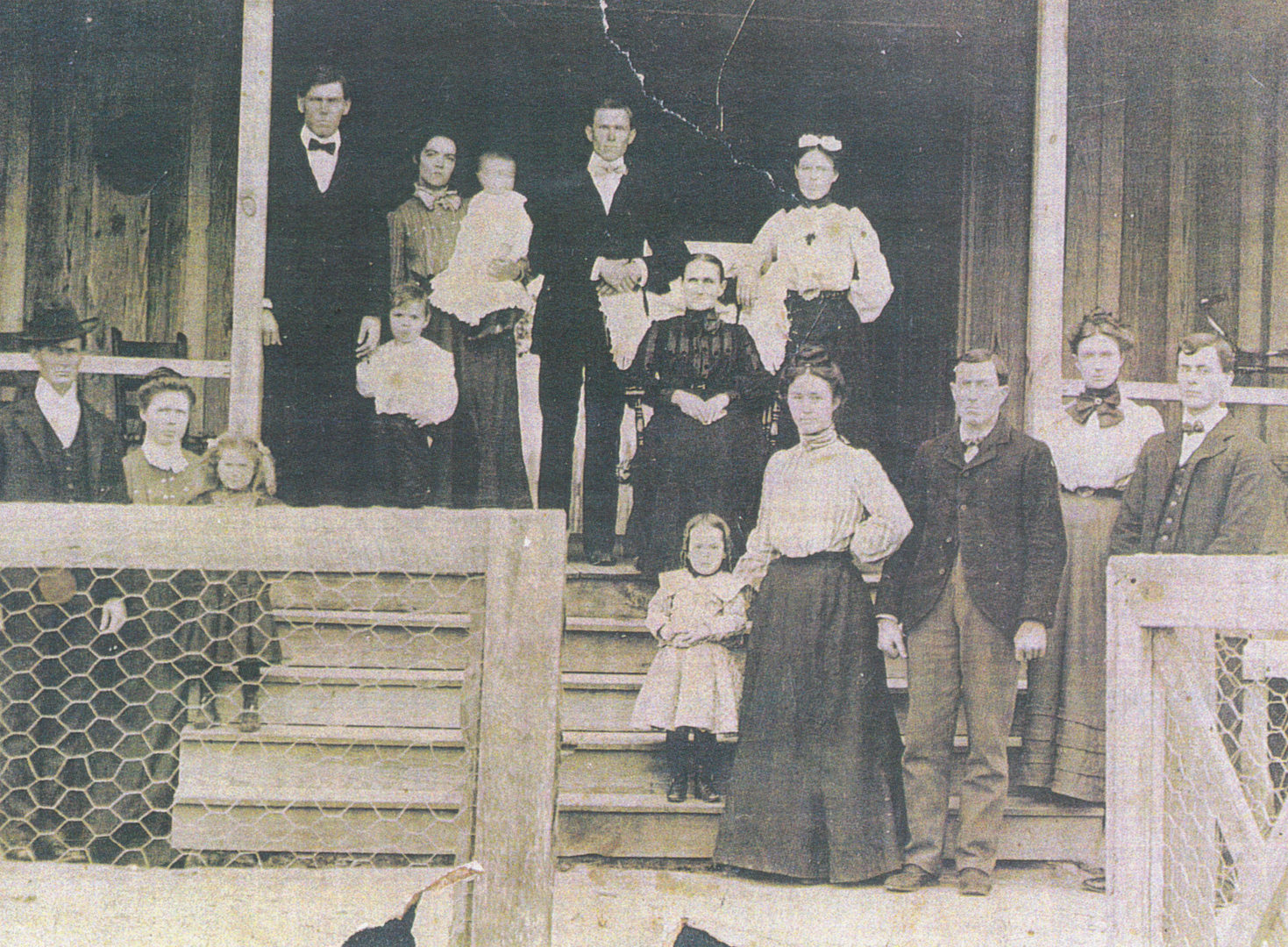 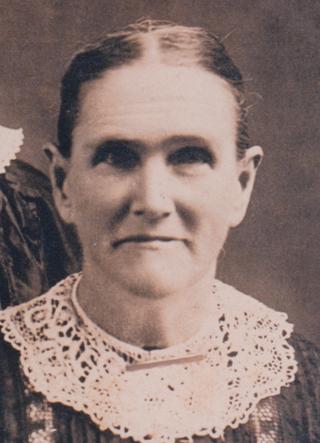 2. Harriet Caroline Henderson, seated, about 1902, with her six children, their spouses, and the grandchildren. Standing, left, are Linnie Crews York, her husband John, and their daughter Margaret Eleanor. On porch at left are Dolphie and Laura Crone Crews and their children, Jesse and Lola. To the left and right of their mother are Henry Robert Crews and Virgie Alma Crews. In front of them are Kirk Edwin Crews, his wife Judson Owens Crews, and their son Herman Henderson Crews. At right are Mary Emma Crews Owens and her husband Parris Owens.*