Left: William Lee Henderson and Eleanor Ann Selina Shelby in a not-so-great photocopy of a photo. 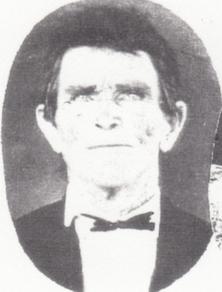 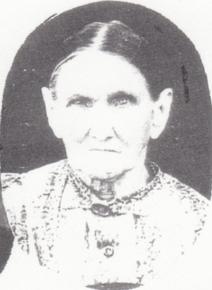 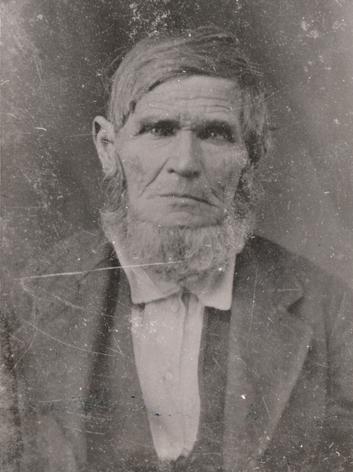 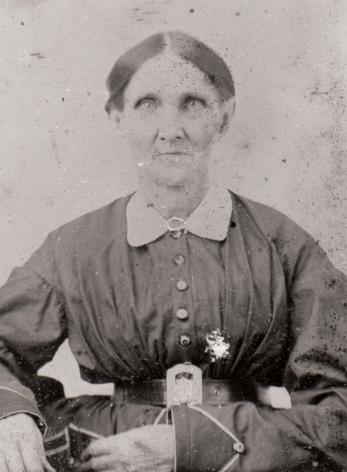 The wagon train left Heiberger, Perry County, Alabama, on Monday, November 10, 1879, and made a 500-mile trek due west, almost as the crow flies, to near Lindale, Smith County, Texas, where the Hendersons established a new life.

It took the Henderson wagon train 18 days to travel the 235 miles from Heiberger, Alabama, to Vicksburg, Mississippi, or about halfway. They averaged about 13 miles a day, camping each night of the journey with the exception of several days they tarried with friends along the way. The entire trip, about 500 miles, took the wagon train 37 days, from November 10 through December 16.

In late 1989 in our year-and-a-half-old Ford Victoria, Curtis and I traversed in four and a half hours almost the exact route my ancestors had traveled 110 years ago from Heiberger to Vicksburg. We averaged a little better than 50 miles an hour. Interstate I-20 must follow almost exactly the wagon trails of yesteryear, for we “camped overnight” too, about two miles from Vicksburg in the Park Inn International where we had a luxurious room with king-sized bed, refrigerator, and breakfast furnished the next morning.

Connections that bound the Henderson family were strong, for all nine of William and Eleanor’s adult children came to Texas, one couple in advance of the wagon train and all the others as a part of the migration. Five of the nine daughters and sons were married and made the move with their spouses and children. Most often in those times, at least some of the adult sons and daughters would have remained in their original home, kept there by connections to in-laws and offspring.

Joseph Asmon and Samantha LaGrone Henderson preceded his parents and other siblings to East Texas. Joe and Samantha joined the Shelbys, his aunt and uncle, in the area, arriving in Texas some four years ahead of the rest of the family. They must have arrived some time between 1873 and 1875 because their oldest child, Effie Aletta, was born in Perry County in March 1873 and their second child, John Lee II, in Smith County, Texas, in April 1875. There were four other children—Etta, Jennie, Archie and Franklin Smith II—born to the Henderson-LaGrone union. Franklin was 22 months old when his father died at age 38.

The Henderson “children” who settled in East Texas ranged in age from 19 to 38. Four of the five daughters and four sons had been born in Perry County. All had grown up there. Mary Amanda, the oldest, was probably 13 when her parents brought her from North Carolina to Alabama, along with Martha Elizabeth, Margaret Isabelle, Joseph Asmon and Harriet Caroline, an infant. Five of the nine married during the time they lived in Perry County and took their spouses and children along on the move to Texas.

Moving to Texas were:

JOSEPH ASMON HENDERSON and his wife, Samantha Jane LaGrone Henderson, who preceded the rest of the family.

William Lee and Eleanor Ann Selina Shelby Henderson and their nine children migrated from central Alabama to East Texas in 1879.

Migration: From Alabama to Texas

MARION, PERRY COUNTY, ALA., NOV. 30, 1989—One hundred and ten years ago this month, William Lee and Eleanor Ann Selina Shelby Henderson and their large family left this place for a new home in Smith County, Texas. William, who then was 71 years old and Eleanor, 62, with the other women and children in the family, traveled by train to their new destination. The younger men—sons, sons-in-law and a smattering of other male relatives—followed in a five-caravan wagon train. The wagons were loaded with all of the families’ worldly goods except for clothing and a few small treasures that the women had packed into their luggage.