Mittie Lee Hawkins Beaird (1924-2013) as a teenager, and on her fiftieth wedding anniversary. 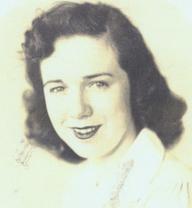 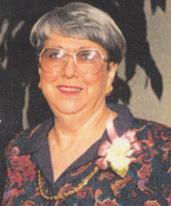 I am Mittie Lee Hawkins Beaird. I am the daughter of Minnie Lee Henderson Hawkins, who was William Daniel Henderson’s oldest daughter.

My mother grew up in Bethesda church and was married to my father, Solomon Robbins Hawkins, at its altar on Sunday, January 1, 1911, just before the Sunday worship service. They then sat down and listened to the sermon and walked across the road to her parents’ house where they had lunch and spent the night before going by train to Athens.

My brother Quincy, my sister Dora, and I were all born and reared in Athens.

My grandpa—Mother’s father—was William Daniel Henderson, who was always known as Will. He was 20 years old and single when he came to Texas with his parents, sisters and brothers, and their families. He immediately began to acquire land. He and his sister Mary Amanda Dobbins gave the property for Bethesda Cemetery. Four years ago his heirs—my siblings and first cousins—gave additional land from his estate to expand the cemetery.

When Will was 30 years old, he went back to Perry County, Alabama, to marry my grandmother, Elizabeth Rebecca Isadora Mitchell Perkins. My grandmother’s long, beautiful name was shortened to Dora and for years none of us knew anything else. It is unclear how Will and Dora kept in touch because at the time he and his family left Alabama, she was married to William Basil Perkins, who later died.

Following their wedding in Bibb County, Alabama, on January 6, 1889, Will brought Dora and her three Perkins children—Eva, Willie, and Lovie—back to Lindale where all of them joined Bethesda Church.

My mother was the first of Will and Dora’s five children. She was born December 23, 1889, not quite a year after the couple married. There was also Thomas Ward, William Paul, and twins Lewis Earl and Lois Pearl. Lois died as an infant.
Will and Dora Henderson, Ward and Nora Henderson and Ward’s second wife Mamie Henderson, Paul and Louise Henderson, and baby Lois are all buried in Bethesda Cemetery. My parents are buried in Athens and Lewis in West Texas where he had lived for many years.