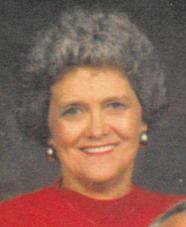 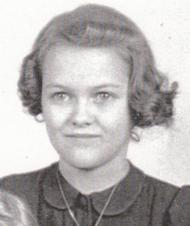 She makes coverings for her bed . . . She selects wool and flax and works with eager hands.  —Proverbs 31

My first memory of quilting is playing on the floor under the quilt frames—which were hung from the ceiling with hooks—and raised when not in use. My job was picking up dropped thimbles, thread, and needles and returning to their owners. I don’t remember who was quilting, but I’m sure it was our neighbors along with Mother, and always “Aunt Mae.” I know they brought food—good food—and there were lots of dropped thimbles before we could eat.

At night, during the winter by lamplight, Mother carded cotton for the filler in the quilts. I tried and tried to do this, with no luck. You first had to remove the seeds from the cotton and then card until the cotton was soft and fluffy and of a uniform thickness. This is where I failed completely—mine was full of holes.

Many of our quilts were made of feed sacks and the lining was of flour sacks, washed many times to remove the printing. Sometimes this was disguised by dying the sacks—green walnut hulls for a pretty soft green, brown walnut holes for a beige, and red clay for a red or rust color. Somewhere between then and now quilts have become not a necessity, but a way to connect us to our quilting ancestors, or maybe just a way to pass on to our children and grandchildren a tangible expression of our love.

I remember Grandmother coming to stay with us for two or three weeks each summer—I didn’t think of it as a visit—to me she was “ours” for that time and I wished she would never leave.

She always brought her sewing things and usually a bag of scraps for whatever project she was working on. I remember looking at, feeling, and folding the scraps that were all new to me—not from our dresses—and her telling me, when I asked, what garment she had made (and for whom) from each one. Maybe my love for quilting started then—a bit delayed since I didn’t start quilting till I was over fifty.

Mother always made our clothing, so my “sewing” genes came from her, too. I’ve been so blessed to have two people that influenced me in something that has always been my way of relaxing, and my favorite pastime, as well as a means to clothe myself.

Mother made a Dutch Doll quilt for me, using scraps she had saved from the dresses she made for me. I’ve done the same for both of my granddaughters, in the Grandma’s Fan pattern. Maybe years from now they will look at different prints and remember the dresses as I did.

Grandmothers are supposed to have more patience than anyone else—and mine did. She let me stand and treadle machine and “guide” the material as it came from under the needle—and she never told me that it hindered and didn’t help. (I didn’t know this until I had someone that wanted to help me in this same way!). She gave me my first thimble and made me wear it, watching to see that I didn’t lay it aside because it was awkward to use. I’ve passed this same thimble on to my oldest granddaughter—hopefully this will guarantee that she will enjoy quilting as her Grandmother, Great-Grandmother, and Great-Great-Grandmother did, and will continue in the Henderson quilting heritage.

Grandmother made my “coat of many colors”—a beautiful jacket of velvet and satin scraps, done in Victorian patchwork—each piece outlined in black embroidery stitches. I loved it then, but oh!, how much more I appreciate now the time and love involved.

After I was grown and married, we looked at and discussed her current quilt tops which were nearly always a simple patch design. She made them as Christmas gifts for her family. The first quilt that I ever quilted on frames was a top she had given me years before. She gave patchwork aprons, pot holders and foot stools. Some were made with wool scraps that she had salvaged from “worn out” suits and trousers. No scrap was wasted and she probably never made a quilt from fabric purchased just for that purpose.

Grandmother’s quilts were simple, practical, and beautiful. They were made to be used.

I wonder when Grandmother first quilted and who influenced her?