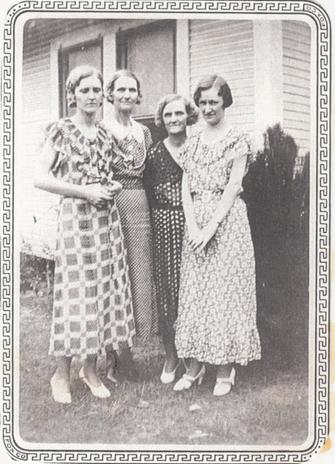 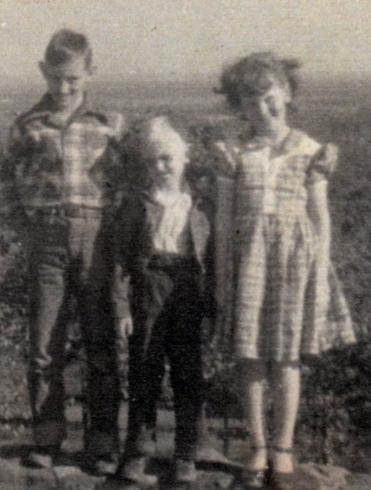 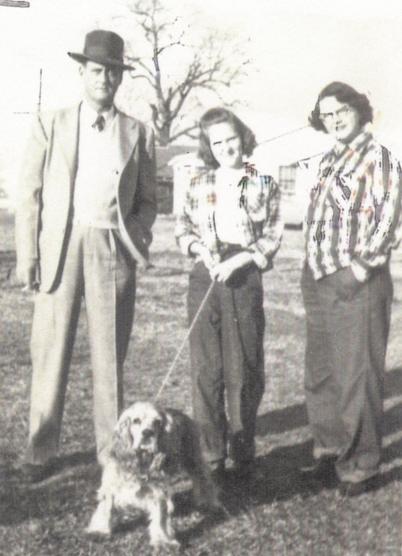 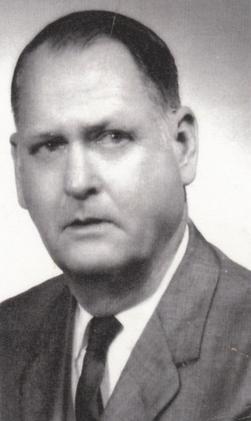 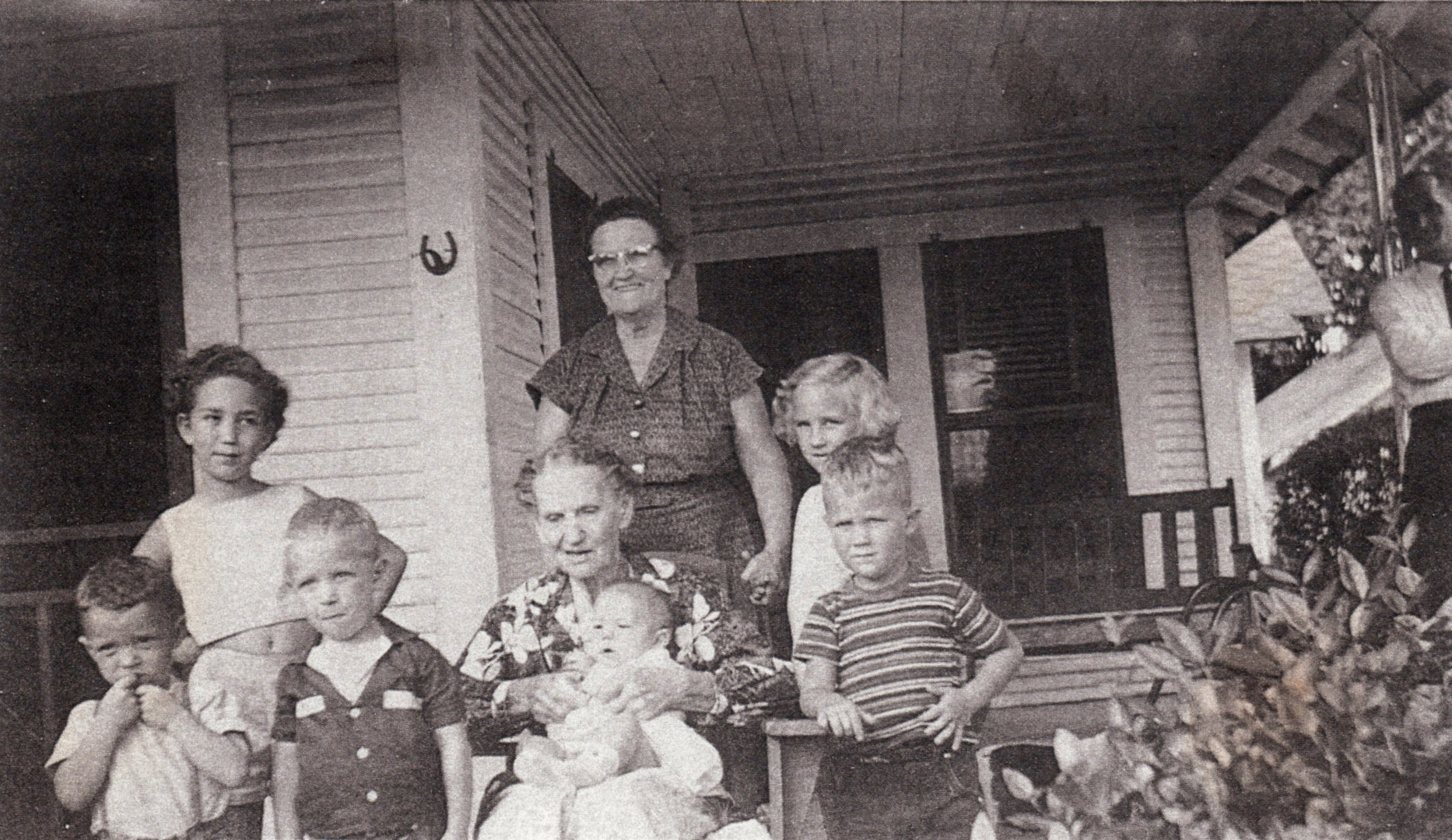 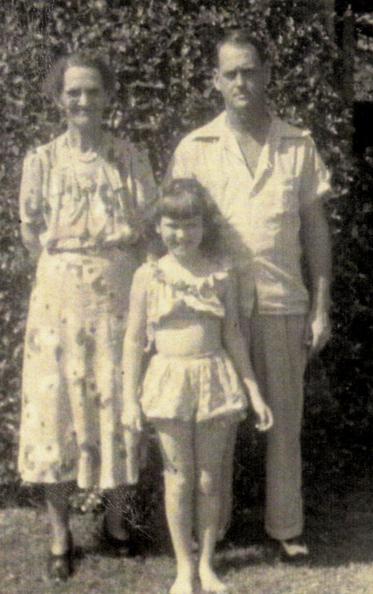 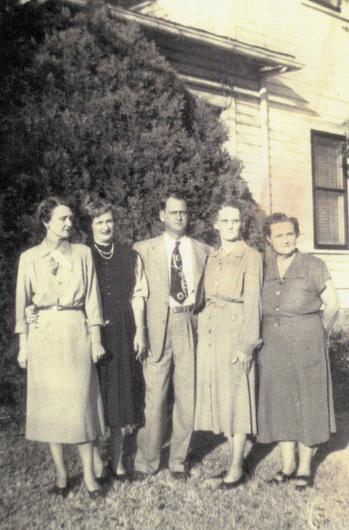 7. Robert Earl York and Marie Louise Appleton York with their daughter Marcia about 1949.

5. Above:  Jennie Henderson York, seated, center, with oldest daughter Minnie Lou Hagan and her great-grandchildren. At left are David, Mark, and Linda; Jean is held by her great-grandmother; and at right are Mary Ann and Bobby.

3. Grady and Minnie Lou Hagan at left, Marie and Robert Earl York at right, the two at back center unidentified. 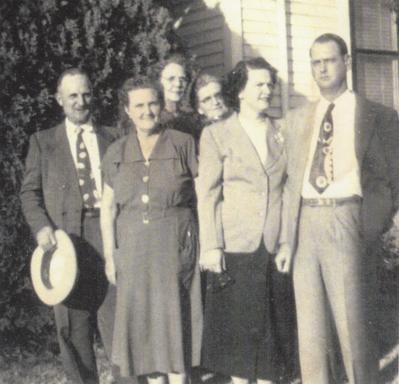 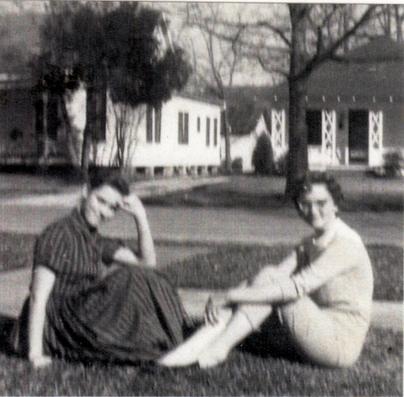