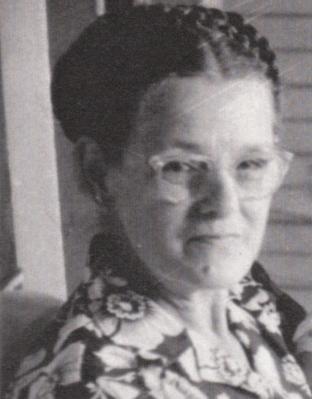 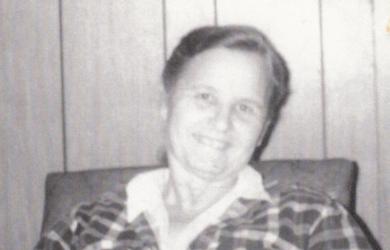 By Chance, A Distant Cousin

Finding the switchback road to Bethesda/Wallace cemetery is difficult. We passed it several times in late November of 1989 before we were led there by Carol Averette and her son, Sam, who live on the dirt road that connects Heiberger with State Highway 29.

Carol Averette knew exactly where the cemetery was, she said, because her husband had showed her the spot last year. She knew nothing about whether or not a Presbyterian church had ever been located nearby, but she thought perhaps her mother-in-law might know and said that she felt sure this relative would not mind sharing what she knew. We got in the car and followed her. Just before she reached her home, she turned right into the driveway of the house just before her own. This turned out to be the home of her parents-in-law.

We were welcomed there by Mr. Averette, who came around the house from where he had been working, and Mrs. Inez Averette, who greeted us cordially and invited us into her home. She said she knew nothing about a possible church being located near the cemetery because her people were from the other direction and were all buried at Mount Zion Cemetery. This, too, was a plot I had on my list to find because some of the names I had discovered in the library were similar to the names I had listed in my family files. Inez Averette said she was interested in what I was doing and would like to do the same kind of research for her family. She said her family background was French and her maiden name was LaGrone.

Eureka! My maternal great grandmother, Samantha Jane, was a LaGrone. My great grandfather, Joseph Asmon Henderson, and she had been married only two years when they moved to Texas. Samantha Jane LaGrone was 17 1/2 when she and Grandfather, who was almost 25, were married on January 4, 1872, in Perry County.

As Inez LaGrone Averette and I talked, we learned that names are similar in our families. She has an aunt Samantha. Also, as we sat and chatted, her face softened, her eyes lighted up and a dreamlike quality seemed to permeate her very presence. I saw reflected in her face the qualities I have seen so many times on the face of my mother and I marvel that the genes of family identity turn up again and again across generations. I asked if I might take her picture and she agreed. There is, I am certain, a striking family resemblance. I see my mother in her picture. Curtis says I am imagining things, but Carol, our oldest daughter, sees the same resemblance that I do. Perhaps my imagination is running amuck, but there is no doubt in my mind that the genes are repeated in these many generations.

Our goodbye to the Averettes came midway in the afternoon during a season when night comes quickly and we had another destination, so we did not stop to explore the family connections when we passed the mailbox with Crews written on it.

KERIN'S NOTE: I love this story! In January 2014, I checked Ancestry.com to see if I could find Inez’s connection. I didn’t research in depth to verify this, but IF the trees I found for Inez LaGrone Averette are correct, then Inez and Vivian are . . . drumroll . . . 3rd cousins, 2x removed.

They both descend from William Adam LaGrone Sr. (1755–1803) and wife Mary Magdaline Houseal(?) of South Carolina. They are Inez’s great x2 grandparents, and Vivian’s great x4 grandparents. Some of their children moved to Perry County, AL, in 1803.

Inez Claralee LaGrone Averette Henson passed away in 2008 in Marion, Perry County, Alabama. Her obituary and photos can be found at www.findagrave.com/cgi-bin/fg.cgi?page=gr&GRid=31498990.