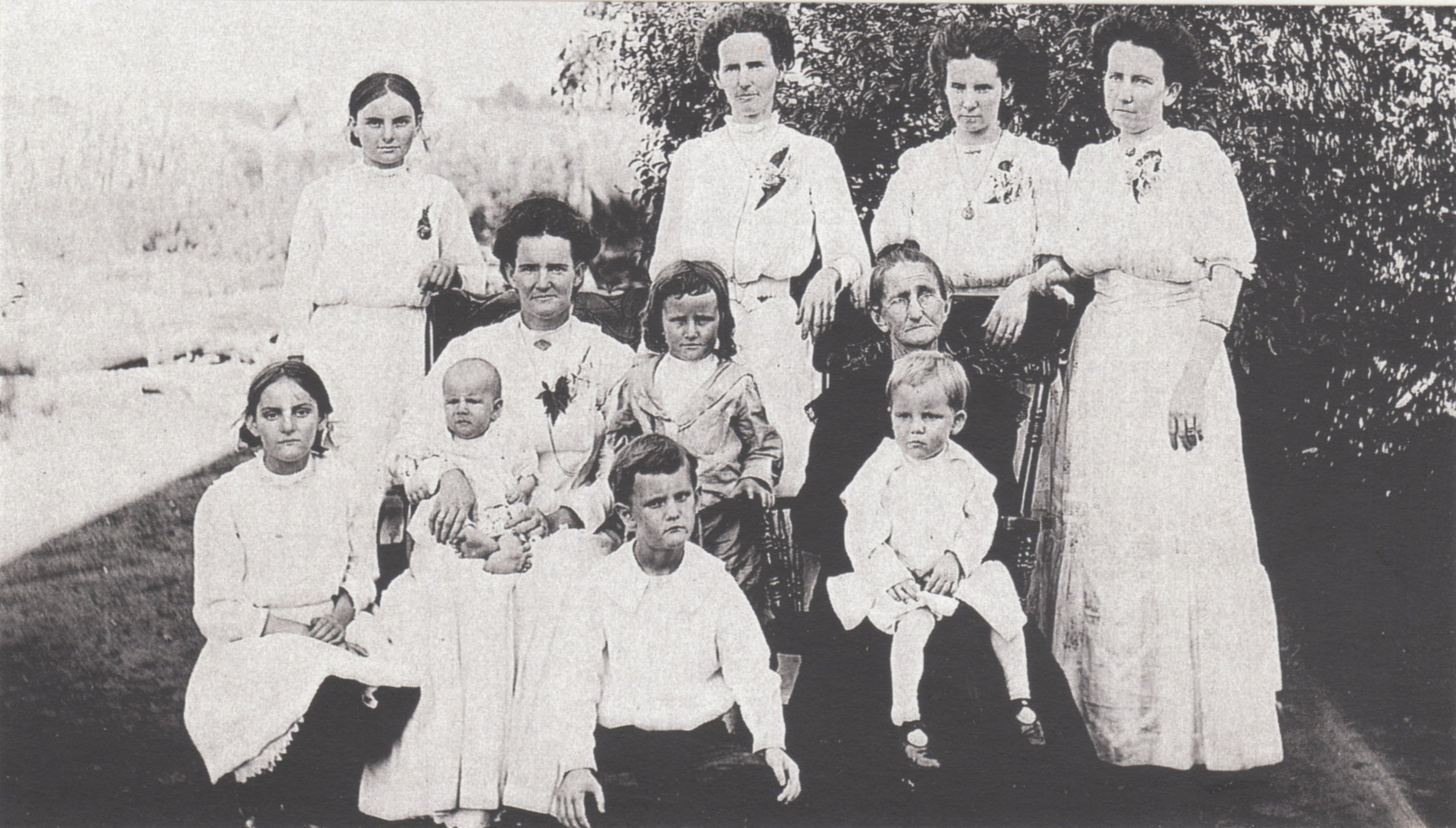 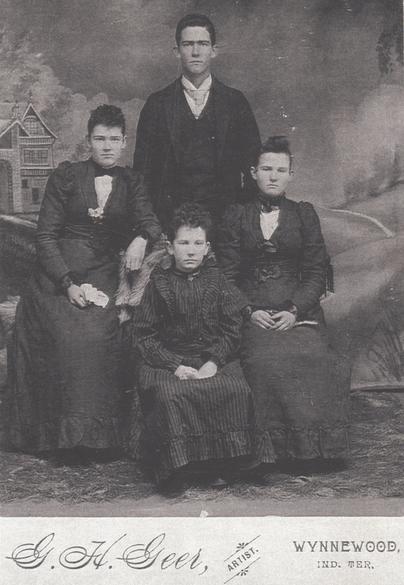 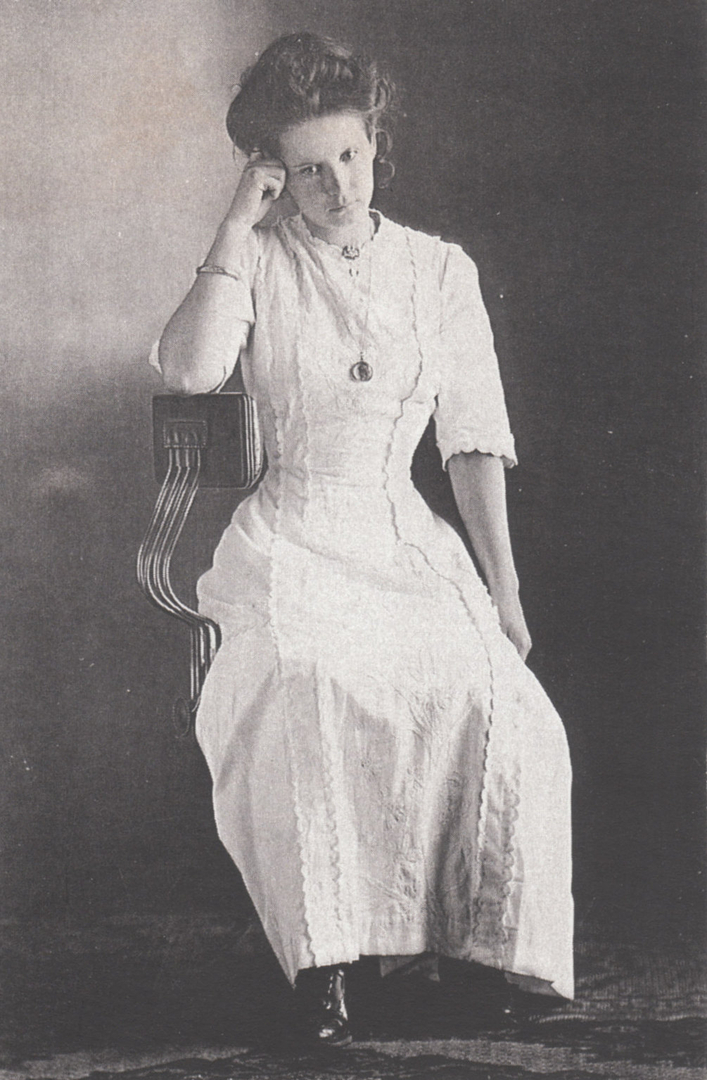 However, that leaves 2 people not named, and one misnamed.

After some additional research, here is my revised information:
I believe this is Irma Teressa with her children, her mother, her three younger sisters, and nephew, taken in Summer/Fall 1910, in Oklahoma. It has to be between April 1910–April 1911. (The baby, Nolan, was born March 2, 1910, and Mary Amanda died April 9, 1911.)

Two girls on left side are Irma Teressa’s oldest daughters, from her first marriage:
(standing) Willie Lorilla Griggs, age 12; and
(kneeling) U.B. Griggs, age 11.
Irma Teressa Dobbins Griggs Litchfield, age 36 is sitting on the left.
She is holding her baby Nolen Litchfield, a few months old (born March 2, 1910).
The boy sitting in front of her is her son Rollen Litchfield, almost 7.
The boy standing next to Irma Teressa is William Belton Hensley, age 5. (Original caption has his last name as Litchfield—this is incorrect). His mother is Essie Lorilla Dobbins Hensley.
Mary Amanda Henderson McGahey Dobbins, age 69, is sitting on the right.
She is holding her grandson Wayne Litchfield, age 2.
The women standing behind, to my best estimation and comparison to their other photos:
Essie Lorilla Dobbins Hensley, age 34.
Rosa Lee Dobbins, age 18–19, single. Later married Forrest Brewer.
Sallie Jane Dobbins, age 29, single. Later married Samuel Garner.
Of those 3 women, Essie is the only one who had a child yet (Belton Hensley, in front of her.)

* The Henderson Book has her name consistently spelled “Teressa,” but most Ancestry.com records have “Teresa.” I didn’t officially confirm either spelling. I’ve noticed gravestones of other women in Perry County, AL, with the spelling “Teressa,” so that might be correct. I've used that spelling for consistency.