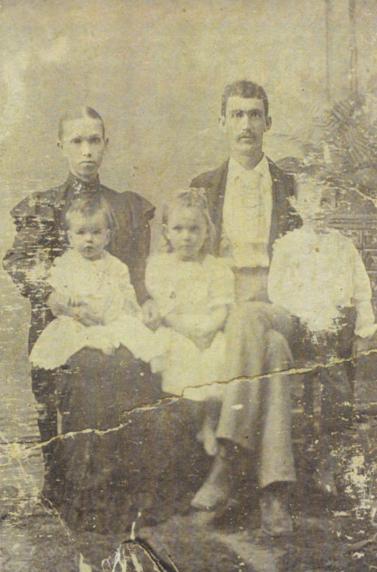 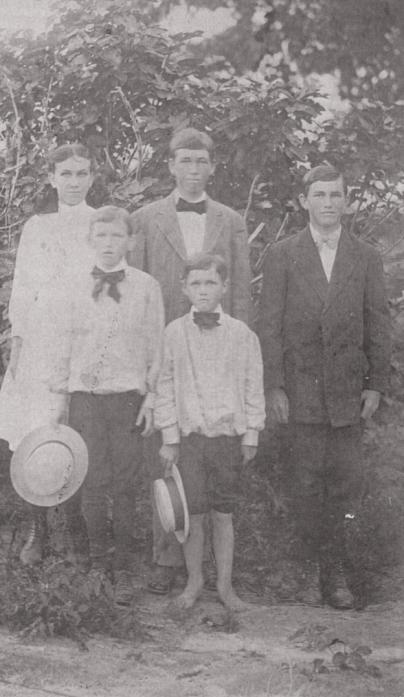 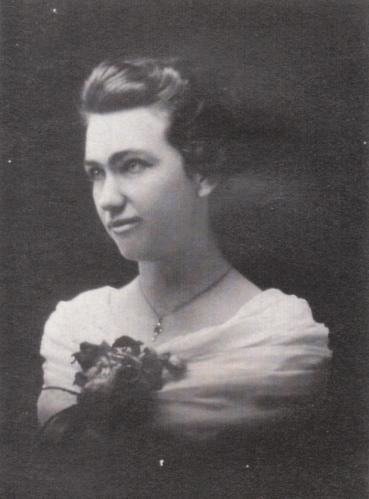 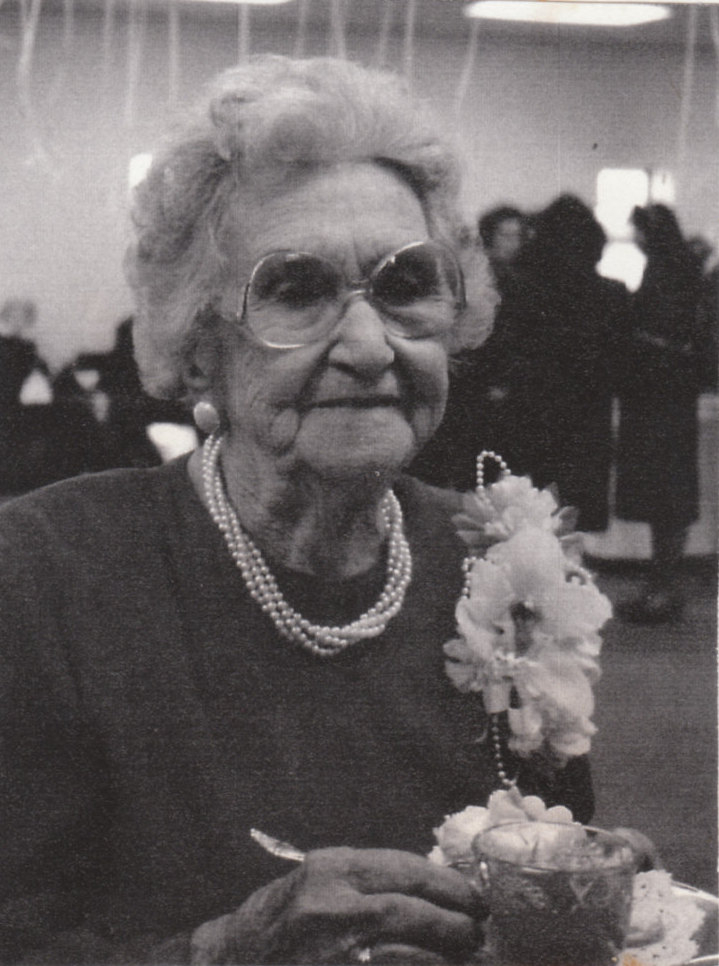 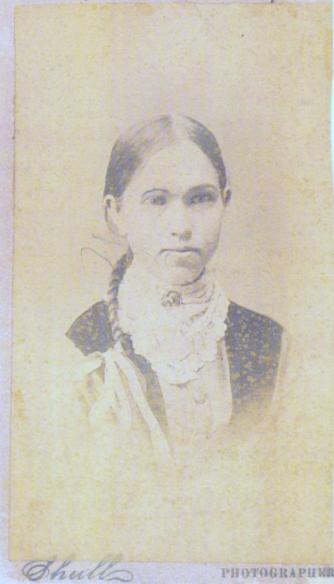 5. The same beautiful lady, Elvira Ferguson Ford, on her 95th birthday in October 1992. She was the widow of Victor Roe Ford.

4. This beauty is Lillie May’s daughter Mary Elvira Ferguson (1897-1997) at age 18, as a graduate of Lindale High School in Lindale, Texas. She went by the name Elvira. Her father, William Forrest Ferguson, died when she was 6.

It appears someone added their own pencil markings to this photo!

In back: Elvira, John, and Henry. In front: Wilson and Hubert.

2. Lillie May McGahey and her husband William Forrest Ferguson with three of the eight children born to them.