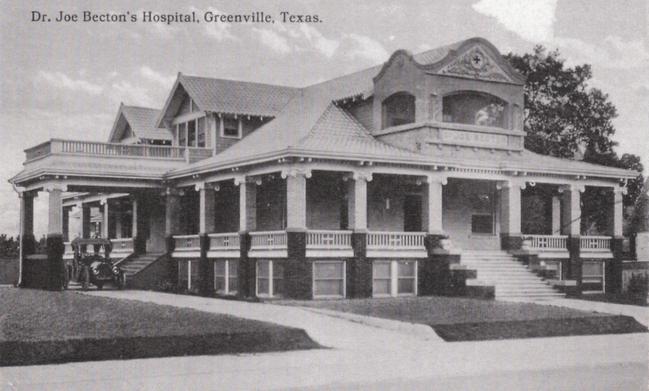 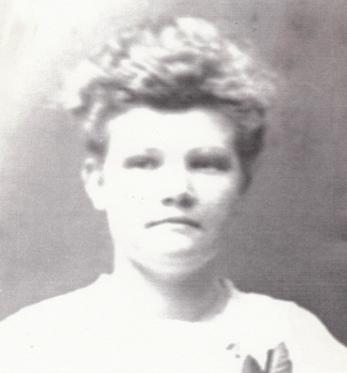 Ruby Anne Taft was, so far as records are available, the first registered nurse in the Henderson family. She was a half sister of John Lee Henderson II—their mutual mother was Samantha Jane LaGrone Henderson-Taft, his father Joseph Asmon Henderson, her father Julius Simpson Taft.

Ruby Anne, the oldest of Samantha’s children by Taft, was born on November 17, 1887, and was not quite nine years old when her mother died on August 2, 1896. She and her younger siblings—Della, 7, Alta, 4, and Roy, 13 months when their mother died—spent most of their growing-up years as members of the John Lee Henderson family. (See more about the Tafts here.)

She was around 18 when Ruby Anne convinced her brother that she must study nursing. Doubtless her other half-brother, Franklin Smith Henderson II, helped to persuade his brother that it was time she left home to pursue her own dreams. Franklin had already made the break. After growing up in his brother’s home, he was a student at Austin College preparing for the ministry. But it probably was not easy. Women were protected. They were not encouraged to seek careers; their roles were to marry and have children and devote their lives to home and family.

Ruby Anne was an independent person. She had to be. Her mother was sick for most of her life, weighed down with the responsibilities of childbearing and child caring. From the time she was a small child, Ruby cooked and helped to keep house. When her mother died, her father took the four children to a remote area of Cherokee County, Oklahoma, which was then Indian Territory before it became a state of the union. There, she was responsible for most of the housework and the care of her younger sisters and brother. Eventually—probably about the time she was 12—she wrote to her brother back in Texas and asked him to come and take them back to Lindale, which he did. By that time Ruby’s survival skills were firmly shaped.

Family lore holds her to have been both loving and demanding. “She took no nonsense off anybody,” Mildred Davey, her niece, recalled in a 1990 interview. Mildred’s mother, Eva Henderson, who mothered Ruby during her teenage years, always looked on her as another daughter.

When her history is taken into consideration, it becomes clear why Ruby Anne was a person determined to shape her own destiny. She was experienced in doing so.

Still missing are the place and the exact time that Ruby enrolled in nursing school. My conjecture is that it was Dr. Joe Becton’s Hospital in Greenville, Texas, for it was there my mother enrolled in nursing school in 1917. In the early 1900s there were very few nursing schools. Young women aspiring to nursing careers were accepted into hospital training centers and worked their way through the system to earn their diplomas. Among my mother’s photographs is a picture postcard of Dr. Becton’s hospital and another photograph of Ruby Anne Taft along with two classmates identified only as Cardwell and Tallie celebrating their graduation. The settings appear to be identical.

Dedicated to her career, Ruby worked for several years until she met her husband and married. The two met when he was her patient. Family stories are that Sam Brewer was a bachelor several years her senior. From Taft, Texas, he was a citrus fruit farmer and had accumulated property and money when he was felled by an illness, probably appendicitis, “with complications” and hospitalized for several weeks. As the story goes, he was an “impossible” patient. A normally healthy young male in charge of his own life and that of numerous hired hands, he was irascible and cantankerous. Nothing pleased him—not the food, not the accommodations, not his doctor, and least of all the young nurses charged with his care. Several nurses left his room in tears. Ruby Anne Taft took him on.

The two fell in love and were married. Ruby gave up her nursing career, as women of her day were compelled to do. Sam continued to acquire property and money and to become mayor of Taft. They never had children. When her brother became ill in 1929, Ruby and Sam welcomed John Lee and Lillie Eva Perkins Henderson into their Taft home and she nursed him until his death in January 1930. She died in 1956 while on a visit to her childhood home in East Texas.