Sallie Henderson was the first Alabama-born child of William Lee and Eleanor Ann Selina Shelby Henderson. Born on January 12, 1853, she was christened Sarah Jane, but lived and died as Sallie. She was so completely known by that name that many of her closest relatives did not know that Sarah Jane was her legal name.

The Hendersons had moved from the Hopewell community near Charlotte in Mecklenburg County, North Carolina, to  Perry County, Alabama, some time in the 26 months between the birth of their daughter Hattie in November of 1850 and Sallie’s birth in January of 1853.

The home in which Sallie grew up was peopled with many relatives and friends in addition to her own sisters and brothers. Census reports from Alabama and later from Texas always list in-laws, grandchildren and friends as residents in the home. In 1860, when Sallie was 7, the census lists J. M. Shelby, who would later marry Martha Elizabeth, as a part of the household. Mary Amanda was married and not listed in the Henderson family, but that brought the number of people living in the house to 11. (See 1860 Census.)

By 1870, the family had increased to 14. Mary Amanda had been widowed and had moved back into her parents’ home with her children Margaret Selina and James Milton McGahey. Martha Elizabeth, whose first husband had died during the Civil War, but who was already married to William T. McGahey, was also listed as a resident in the home. Her husband was not, but there was included a 17-year-old male whose name was Jessie.

The Alabama farm on which Sallie grew to adulthood was anything but prosperous. The soil was red clay and rocky, rich in iron but poor in other nutrients for crop-growing. The family worshipped at Bethesda Presbyterian Church, which they had founded. Located near today's village of Heiberger and across the road from their farm, it provided both the social center and the religious foundation of their lives.

Sallie was 8 when the Civil War began. It would engage most of the efforts of Alabamians for the next four years.

When she was 26 years old, the William Lee Henderson family, including all nine of their children—sons and daughters, sons-in-law, daughters-in-law, and grandchildren moved from Perry County, Alabama, to Smith County, Texas, and settled on adjacent farms in and around what was then known as the Saline Community.

Sallie made the move by train, along with her parents, sisters, and all the children. Her older brother Joseph Asmon and his wife, Samantha Jane, already were in Texas and he had helped choose the land to which the family moved. The men in the family used five wagons to haul the household furnishings across the 500-mile trek.

Also along was Henry Calvin Crews, a 22-year-old bachelor and first cousin of Hattie’s husband, Jesse Crews. He was destined to figure prominently in Sallie’s life and in the Henderson family.

Four and a half years passed. Sallie was a charter member of Bethesda Presbyterian Church in Lindale. She would remain a pillar of the church for the remainder of her life, teaching Sunday School, attending worship services, and being present at all memorial services and most other gatherings.

Her brother John Madison Henderson, in the journals he kept from January of 1879 for the next 25 years, in characteristic style, buried the news of the Crews-Henderson nuptials between two casual sentences. He wrote: “Sun. June 22—Went to Sunday School and preaching. Went to Ma’s this eave. Just before services, Henry Crews and Sallie Henderson were married then we heard a good sermon.”

Henry was a popular man, who had long been a part of the Henderson mélange even before he was an official part of the family. Helen Shores recalls him as a person who was easygoing and who always saw the bright and amusing side of any situation.

Four children were born to the Crews union. Only two lived to adulthood. A son, Walter James, was born November 25, 1885, and two years later, a daughter, Lizzie Lee Crews, was born on February 10, 1888. Two boys died as newborns. The first, unnamed,  was born July 10, 1890, and died when he was two months old, on September 13, 1890. The second was born September 27, 1892, named Jesse, and lived only three days. Both Walter and Lizzie lived to adulthood in the community of their birth.

Henry died on August 30, 1929, and is buried in Bethesda Cemetery. Sallie was a widow for almost 12 years. She died March 2, 1941, at the age of 88, having outlived all her sisters and brothers, and is buried beside her husband. 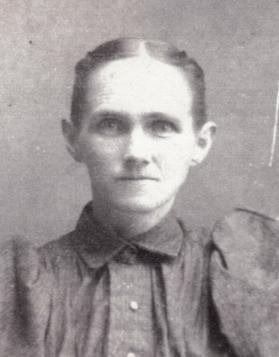