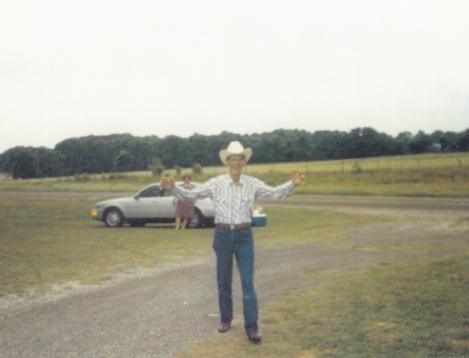 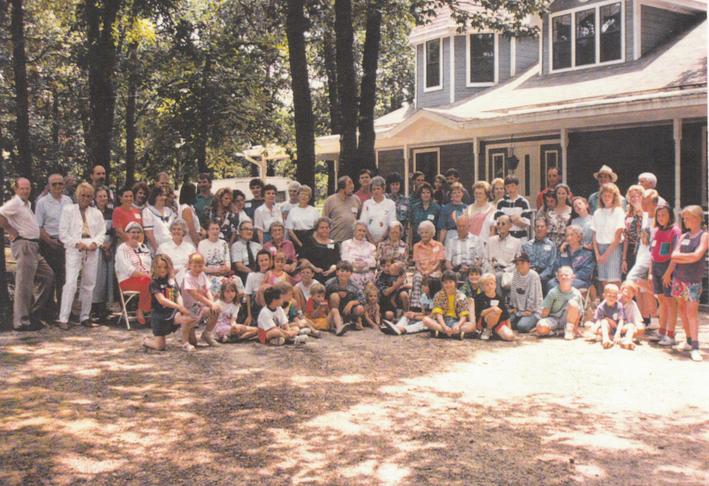 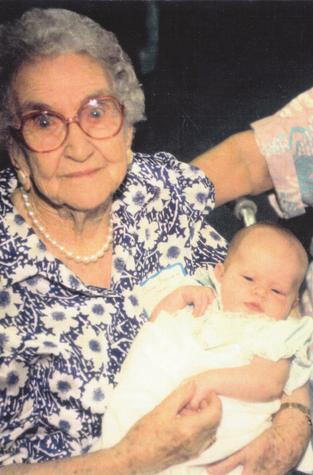 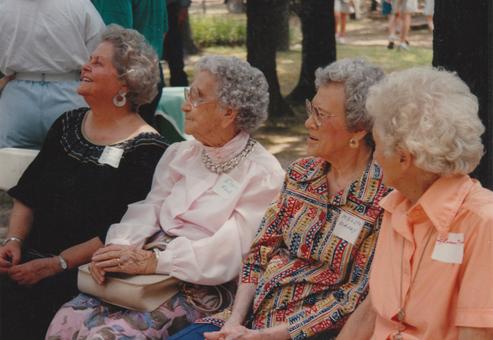 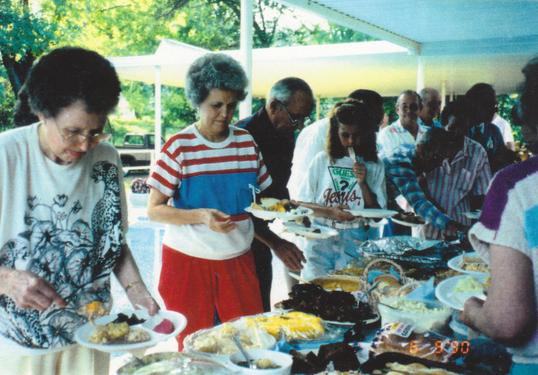 8. Below, the 1992 convening at the Lake Palestine home of Curtis and Vivian Castleberry.

7. Below, the 1991 reunion at Forest Grove Recreation Center, Chandler, Texas.

3. Curtis, age two, escaped his mother and ran to the pulpit at Bethesda Church. He was captured by his grandmother, Vivian Anderson Castleberry, as his mom shot this picture. 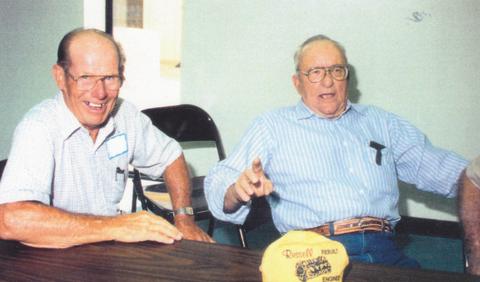 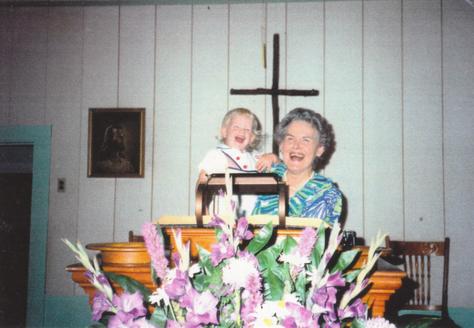 6. Just before getting into his car to return to his home in Oklahoma, Nolen Clay Litchfield threw out his arms and shouted, “Same time next year!” Nolen is a great grandson of William Lee and Eleanor Ann Selina Shelby Henderson. He descended through their oldest child, Mary Amanda Henderson McGahey Dobbins to Irma Teressa Dobbins Griggs Litchfield.

Nolen Litchfield died April 4, 1997, in Wynnewood, Oklahoma, and is buried there.