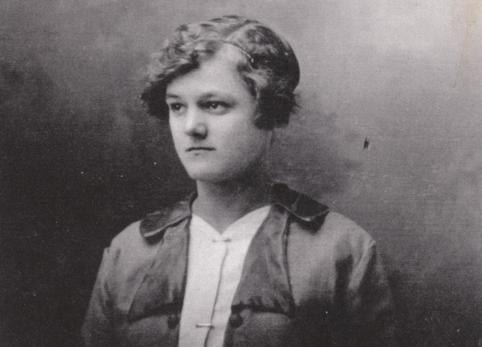 My mother, Jessie Lee Henderson, the oldest daughter of John Lee and Lillie Eva Perkins Henderson, entered nursing school in 1915. She was 19 and it was almost as difficult for her to persuade her father that she should become a nurse as it had been for her Aunt Ruby to pioneer the way. Lee Henderson was both loving and protective of the women in his life. As caring as he was, he was also a product of his time and for young women to pursue careers was unthinkable. Only women of loose morals went away from home to work.

My mother entered training at Dr. Joe Becton’s Hospital. I do not know how long she stayed, but her career was cut short for two reasons. First, her health caved in. A victim of chronic appendicitis in the days before surgery was prevalent, she spent days in bed before she convinced her father that she must have the surgery. I remember her telling me: “I told my father that I could not live with pain all the time and I’d rather have the surgery and take the chance of dying rather than be in bed almost every week with stomach pains.”

After a successful operation, she was planning to return to school when World War I curtailed her plans. She had met my father. He was planning to go overseas. Even though their engagement was not revealed, he influenced her to remain “safely” at home until he returned. They were married July 27, 1919, only weeks after he sailed back to the states from Germany.

Even though my mother’s professional nursing career was short-lived, her training was a gift that remained with her all her life. She was a nutritional expert whose talents with food and menus made our meals gifts of pleasure all our lives. She made our school lunches works of art. She served as midwife to many of her friends and neighbors. Her mere presence in a sick room was sufficient to make a patient improve. Hers were healing hands.