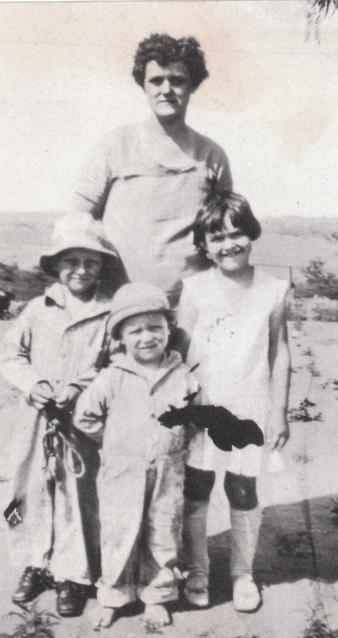 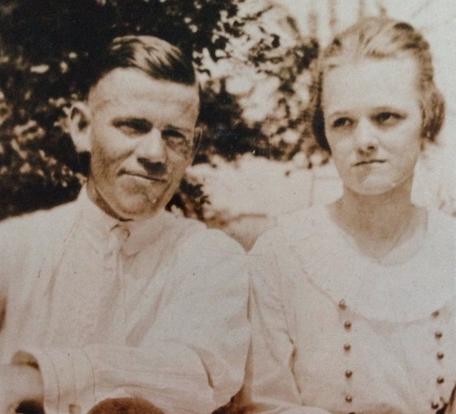 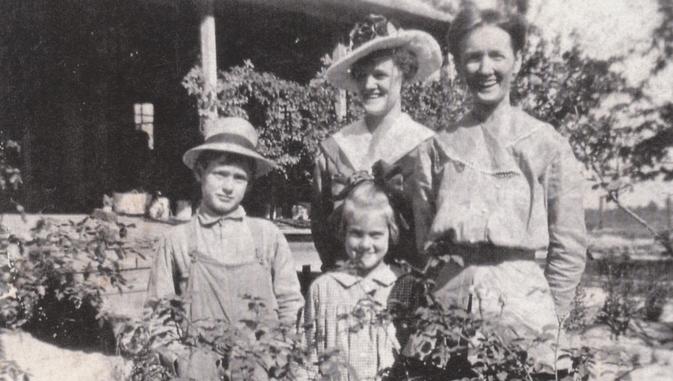 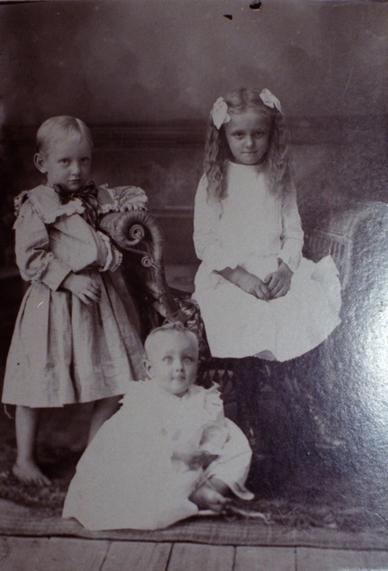 2. Jessie (in hat) with her mother Eva Henderson and her siblings DeWitt and Mildred.

3. Jessie Lee Henderson with her husband William Clarence Anderson on the day they were married, July 23, 1919.